Public Defenders: Yes or No in Denver Criminal Cases?

As a criminal defense attorney with years of experience in Denver, Arapahoe, and Douglas County courts, I am often asked for my opinion on public defenders and what I think of their work. I have come into contact with many PDs in my career, and I can say without a doubt they are some of the most hard-working group of attorneys you'll ever meet. Often, they work tirelessly without much financial reward, sacrificing their time to help people who have been charged with a crime such as Theft, Domestic Violence, or Assault, and can't afford private representation. Whenever I come into contact with them, I find they are extremely helpful, giving me information about the culture of the courtroom and the staff. So, if public defenders are such hard working, tireless lawyers, why would you hire a private criminal defense attorney? The answer is two-fold. Let's take a closer look.

Public defenders are tasked with an overwhelming amount of cases. In fact, they usually handle many more cases than a District Attorney, and they are paid less. Public Defenders usually have more than four times the cases I have at any given time. Because of this, they simply don't have the time to commit to each case. They tirelessly fight in cases where there really isn't a chance they'll win – simply because they don't have the time or resources to commit to the defendant's case. Because they are overwhelmed with cases, they must triage them – they simply can't take each and every case to trial in Douglas or Larimer County because they don't have enough time.

Public defenders are a rare breed: They must tirelessly fight, even though they have far too many cases to handle. Because of this, they are usually extremely committed to the cause of defending people and protecting their rights in Adams, El Paso, and Jefferson County. This is good, but often, it can be taken too far. I've seen public defenders unwilling to bend or yield to the prosecution, even when evidence isn't going their way. They get used to the fight, and don't know when to negotiate. As a lawyer with over 20 years of experience, I know this isn't a good strategy – attorneys need to choose their battles wisely and put in the time and effort when you know you can win, when it really counts.

There is a lot at stake in criminal cases – hiring a full-time criminal defense lawyer is priceless.

Should You Hire a Private Lawyer or Go With a Public Defender? 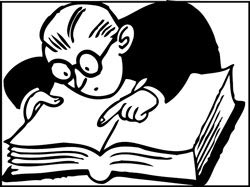 Public defenders are hardworking, smart, well-trained, and devoted. But, they simply don't have the time to represent each and every client they have. And, they often get caught up in the work and don't have the ability to know which battles to fight. They work tirelessly to represent people (often repeat offenders) who simply can't afford a private attorney. I have a lot of admiration for them. But, there is a lot at stake in criminal cases. Hiring a private, full-time criminal defense lawyer who can dedicate the necessary time to fight smart and aggressively in your case is priceless. Don't put your future in the hands of an exhausted public defender. Instead, work with a criminal defense lawyer from the O'Malley Law Office who has the passion and time necessary to get you the best possible outcome in your case.

If you or a loved one has been charged with a crime and are considering whether or not a public defender is a good option, be smart, exercise your right to remain silent, and contact an experienced criminal defense attorney at the O'Malley Law Office for a free consultation at 303-830-0880. Together, we can protect your future.Request a Free Consultation