When you hear the word “assault,” a fistfight or other physical altercation comes to mind. But, there is another type of assault charged in Denver, Arapahoe, and Jefferson County. In today's simplified law blog, we're going to take a look at Vehicular Assault charges (C.R.S. 18-3-205) so you know what to do if you have been contacted by the police.

The Lawyer's Definition of Vehicular Assault

“If a person operates or drives a motor vehicle in a reckless manner, and this conduct is the proximate cause of serious bodily injury to another, such person commits vehicular assault.

The Simple Definition of Vehicular Assault

“If a person drives a car or other vehicle recklessly or while under the influence of drugs or alcohol, and this recklessness is the cause of serious bodily injury to another person, they will be charged with vehicular assault.”

Kevin's girlfriend just broke up with him. They were out at their favorite bar in Highlands Ranch having a few beers after an exceptionally stressful week. He must have said something she didn't like, because she threw her hands up in the air, told him she was done, and then stormed angrily out of the bar. They had been together for two years, so Kevin was devastated by the breakup. He'd had a few beers, but he figured he would be fine to drive a short distance home. Unfortunately, Kevin didn't see the patch of ice on the road in time. He lost control and ran into an oncoming car. The woman driving the other car suffered a broken arm, which is considered to be a “serious bodily injury” as defined by the statute. Kevin's bad night is now much worse; because he drove under the influence of alcohol and hurt someone, he is facing Vehicular Assault charges in Douglas County. 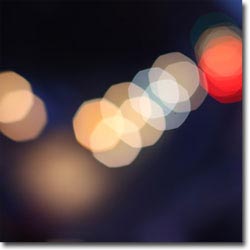 Kendra is popular at her high school in Colorado Springs. She's a cheerleader with a big social life. So, she's constantly texting her many friends. Her mother has warned her she shouldn't ever text and drive, but Kendra is now eighteen – she's an adult, and knows she can handle multi-tasking. One day, on her way to cheerleading practice, Kendra gets a text from her best friend who's going through a bad breakup. Kendra keeps one eye on the road and quickly texts her back. Unfortunately, Kendra didn't see the man on the bike in the lane next to her. Her car swerves onto the side of the road, and she hits the cyclist, who suffers a broken rib. Because she was driving recklessly (texting while driving), and because the cyclist suffered serious bodily injury, Kendra is now facing Vehicular Assault charges in El Paso County, and the possibility of a prison sentence or a stay in the El Paso County Jail.

A felony conviction will have a negative impact on your life. Hire an affordable attorney to get you the best outcome in your case.

What is the Sentence for Vehicular Assault?

Vehicular Assault is either a class 5 or 4 felony in Adams, Boulder, or Denver County. If the accident involving serious bodily injury which was the result of driving recklessly, it is class 5 felony, which carries a possible sentence to the Colorado Department of Corrections of up to 3 years. If the accident causing serious bodily injury was the result of drinking and driving, the driver will be charged with the more serious class 4 felony, which carries a possible prison sentence of up to 6 years. In addition, the driver would also face DUI charges.

Why You Need a Lawyer for Vehicular Assault Charges

If you or a loved one is facing Vehicular Assault charges, you need to contact a skilled criminal defense attorney for a free consultation immediately. A felony conviction will have a negative impact on your life – it could affect your ability to get many jobs or find housing. Don't plead guilty out of fear or because you're overwhelmed. Fight for your future and hire an affordable lawyer to protect your future and ensure you get the best possible outcome in court. Here at the O'Malley Law Office, we fight to win.

If you or a loved one has received a criminal complaint for Vehicular Assault charges, be smart, exercise your right to remain silent, and contact an experienced criminal defense attorney at the O'Malley Law Office for a free consultation at 303-830-0880. Together, we can protect your future.Request a Free Consultation