Acouple from Colorado Springs has been charged with Theft. While it isn't unusual to face Theft charges in El Paso, Denver, or Adams County, the reason they are being charged is distinctly strange. According to the news, the two had a penchant for stealing Christmas decorations, which they then hoarded in their back yard. Neighbors described their yard as a “decoration graveyard.” Let's take a look at this weird case in order to determine how a person can be charged with Theft. 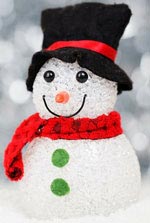 The couple was originally investigated after a man living in their neighborhood saw some familiar Christmas decorations in the couple's yard; his own A neighbor spotted his own decorations in the couple's yard and called the police.decorations had been stolen only days before. The man called the police, who began their investigation. They found that both the front and back yard was filled with stolen decorations. After their arrest, the couple admitted to the theft, which amounted to about $2,000 worth of items.

The husband apparently has an issue with stealing holiday decorations; his record showed that he had spent time in jail in previous years for stealing Halloween decorations. But, apparently the wife didn't physically steal the items. She said that her husband would take walks, and then more stuff would end up in her yard. She didn't know where it came from, but was scared she would be implicated in the crime if she called the police. But, despite the fact that the wife most likely didn't help steal the Christmas decorations, she is still being charged with felony Theft. This is most likely because she is being charged with Accessory to Theft (learn more about Accessory and other inchoate crimes). A person is charged with Accessory – C.R.S. 18-8-105 if they:

“With intent to hinder, delay, or prevent the discovery, detection, apprehension, prosecution, conviction, or punishment of another for the commission of a crime, he renders assistance to such person.”

Accessory is either a class 4 or class 5 felony, depending on what the person they are helping is charged with.

If you've been charged with Theft, contact a lawyer immediately.

The classification of the Theft charge is decided by how much the stolen items are worth. Because the Christmas decorations were valued at $2,000, the man was most likely charged with a class 6 felony, which carries a possible prison sentence of up to 18 months or 90 days in the El Paso County Jail. When it comes to Theft, people are often overcharged. Stolen items are all added together to create a large amount.

Don't stand alone in court if you've been charged – contact an attorney immediately!

If you've been charged with Theft in Arapahoe, Douglas, or Jefferson County, it is imperative that you contact an affordable criminal defense attorney immediately. A Theft conviction will not look good on your record, and can make it difficult for employers to trust you. Don't plead guilty to avoid jail or prison time – having a clean record is worth a lot. Don't hesitate – contact one of our knowledgeable criminal defense lawyers for a free consultation to discuss your defense. Here at the O'Malley Law Office, we fight to win.

If you or a loved one has been charged with Theft, be smart, exercise your right to remain silent, and contact an experienced criminal defense attorney at the O'Malley Law Office for a free consultation at 303-830-0880. Together, we can protect your future.Request a Free Consultation